Branding Getaways Across the West...

Founded in 2014, True Ranch believes that success in the guest ranch business is based on involving the right people to keep their eye on the key ingredient — Hospitality. True Ranch now works with over 40 staff members to keep the ranches running and the guests smiling. 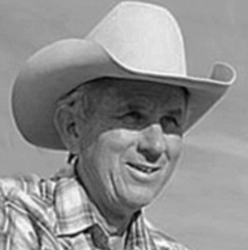 Russell started his life in the dude ranching business when he was 6 years old. He is a principal of Ranch Preservation Holdings, LLC, as well as one of the founders of True Ranch Hospitality with Jaye Wells.

Russell graduated from the University of Arizona in 1982 with a degree in Business Finance. He grew up on the historic White Stallion Ranch in Tucson, Arizona, purchased by his parents in 1965.

Today, in addition to historic ranch preservation efforts Russell and his family own the White Stallion and under their management the ranch is consistently recognized as an award-winning property locally, nationally and internationally.

In 2017, Russell was inducted into the Arizona Tourism Hall of Fame and the Family Travel Association named him Person of the Year in 2019.

He is the author of 2 books: Dude Ranching in Arizona and Dude Ranching in Wyoming, detailing the images and history of dude ranching in each state. He is an avid reader of history and a highly respected and entertaining public speaker. 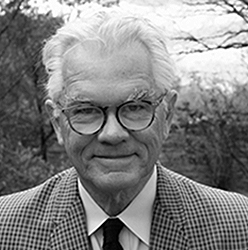 Jaye Wells is a designer, developer and entrepreneur, and one half of the founders of True Ranch Hospitality with Russell True, as well as a principal of Ranch Preservation Holdings, LLC.

Jaye was born in Montgomery, Alabama and raised in Memphis, Tennessee. He attended the Memphis College of Art and Parsons School of Design in New York where he studied product design, architecture, and urban development. In 1985, he began his own architectural firm, Wells & Associates, working in both restoration—specifically in downtown Memphis—and home design throughout the Mid-South. His portfolio also includes historic preservation and museum work.

A lifelong fly-fisherman and shotgunner, in 1991 Jaye was a founding partner of Wild Hare International, a sporting clay course design, gear and apparel company. After selling the company in 2000, he founded Rooster Sporting, a high-end design and manufacturing company for shotgun sports and gentleman’s apparel, and managed manufacturing facilities in the U.S. and Mexico.

Jaye has founded several non-profits including the Larry Hatchett Fishing Fund in 1990, which hosts foster children to take them deep sea fishing; and Mar a Mesa, a nonprofit that promotes sustainable fishing in the Sea of Cortez.

Jaye is Past President of Rillito Race Track in Tucson, the Birthplace of Quarter Horse Racing, which hosts an annual Quarter Horse and Thoroughbred race meet. He is a founder of the Rillito Park Foundation and Chairman of the Heirloom Farmers Market, the largest group of farmers markets in Arizona. Over the past four years, Jaye has worked to promote legislation at the Arizona State Capitol in connection to horse racing and dude ranching. 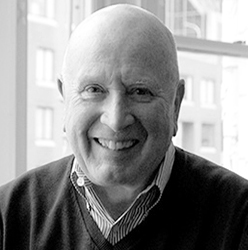 Bill is a member in Ranch Preservation Holdings and has been an advisor to the company since its start. He is an entrepreneur, business consultant and former travel industry senior corporate executive and board member and splits his time between Boston MA and Phoenix AZ

Currently a Founding Partner of the Prism Advisory Group, one of the leading boutique consulting practices in the travel industry, He is also Managing Partner of  Venturism LLC, specializing on incubating, nurturing and accelerating business and product ideas

He has advised major companies such as Harley Davidson, Sabre, Wyndham Hotels and Loews Hotels on a wide variety of business matters and he has served as a board member on both public and private company boards such as Micros Systems and Signature Inns.

In his personal life Bill chair’s, the Fund-Raising Committee at Gillette Children’s Specialty Hospital in St Paul Minnesota that focuses on research for children with Cerebral Palsy moving into adulthood.

Bill was born in Croydon, England, emigrated to the USA in 1970, now a US Citizen and is married with four grown children and two grandchildren.

Bill has agreed to act as the initial CEO of True Ranch Service LLC during its formation stage and will then recruit a long term CEO after which time he will remain as a board member. 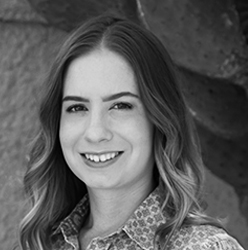 Brook is a member in Ranch Preservation Holdings and has been with it since its conception and manages the True Ranch Service Center in Tucson, AZ, overseeing a team of reservation specialists.

Brook began her career in hospitality as the concierge at White Stallion Ranch. Her background in guest relations is key in contracting corporate retreats and understanding guest needs and their motivations. Today she keeps a pulse on everything going on at each Ranch Preservation Holdings property heading group sales, revenue management and marketing efforts.

She has traveled both nationally and internationally representing Ranch Preservation Holdings properties on sales missions and at travel trade shows.

Brook often describes herself as the “notepad” making sure that everything is handled and accounted for, leaving the individual ranch managers the time to make the magic happen onsite with the guests.

Brook is an avid horsewoman and competes across the country on the American Quarter Horse Association circuit in the All Around events with her Quarter Horse “Finn.” Brook grew up in the Midwest and moved to Arizona in 2012. She completed her Bachelor of Science at the University of Arizona in 2016 and immediately stepped into the world of dude ranching and hasn’t looked back.